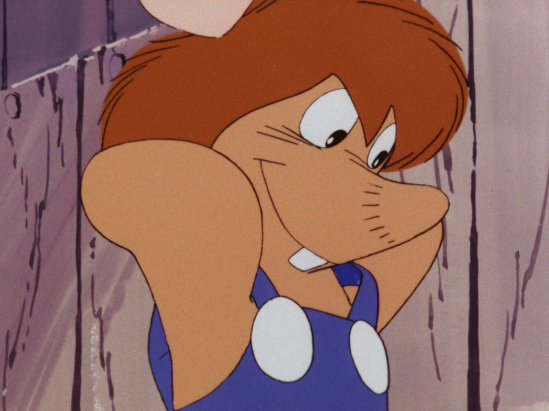 This group seems pretty dead right now since everyone has gotten busy, but this episode was translated a while back, so I decided to finish the work.

Ganba and co. are heading to Noroi Island when Chuuta falls severely sick. The ship docks at Ikasama’s hometown and the group decide to go search for medicine on land.

With the pace of the series set by the first two episodes, White Pegasus sets off to a new mission in the vocal chords of a young girl. Susumu investigates the sound he heard of his father’s music box, and the alien invaders make another appearance. Another opportunity for character growth as the intrigue expands further. 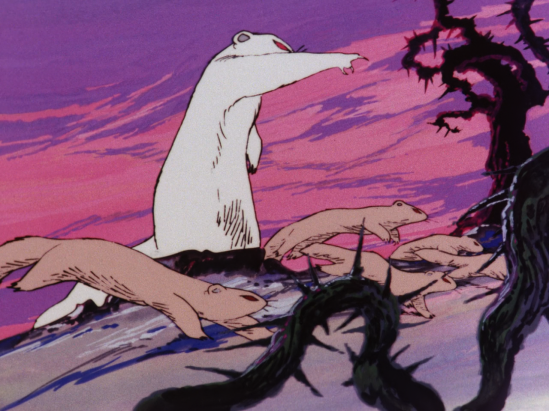 On this episode, Ganba and company make way for Noroi Island, On the ship, Ganba and Boubo become seasick, and Chuuta tells everyone of Noroi’s cruelty and his people’s plight on the island.

Episode 2 concludes the first story of Wonder Beat Scramble. We learn about the identity of the creature inside Keiichi’s body, but leave with more questions than answers in this episode filled with action and intrigue. 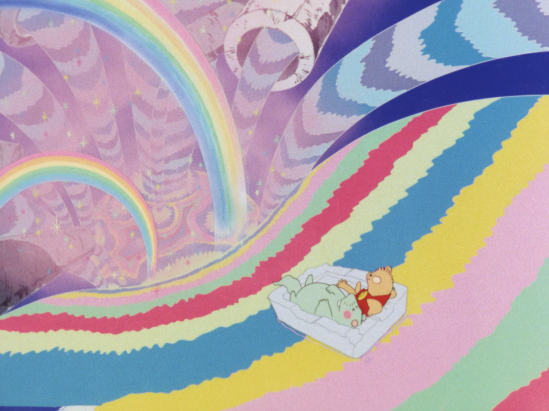 This is the first episode of The Adventures of Ganba, a 26-episode TV series directed by Osamu Dezaki and produced by Tokyo Movie Studio (TMS). The series is an adaptation of the 1972 children’s novel, Boukenshatachi: Gamba to Jyuugohiki no Nakama (Adventurers: Gamba and His 15 Fellows), written by Atsuo Saito.

The Adventures of Ganba follows two city mice, Ganba and Boubo as they travel to the sea. Once at the harbor they join a party that’s thrown once a year by the all the harbor mice. However, not long after they join, the festivities come to an end when a young mouse named Chuuta is found wounded at the door. The attention immediately turns to Chuuta and the events surrounding his injuries.

The Adventures of Ganba is translated by Doctor Beat, encoded by Anonymoose, and timed, typeset and edited by Doublas Mk-II and Anonymoose. The video is encoded from Blu-Ray in 10-bit h.264, at a resolution of 1280×960. The audio is encoded in 16-bit stereo FLAC.

Here is the first episode of Wonder Beat Scramble, a 26-episode TV series produced in 1986 by Tezuka Osamu and written by Takayashiki Hideo (who, coincidentally, also wrote the script for Ganba no Bouken (1975)).

Wonder Beat Scramble tells the story of Sugita Susumu, a brash 13-year-old boy brought in by force to work for Doctor Miya’s White Pegasus team of private microsurgeons/spaceship pilots, learning about the intricacies of the human body in the process. In a story reminiscent of Top wo Nerae! Gunbuster (1988), a spaceship headed by Susumu’s father disappeared during a mission conducted by none other than Doctor Miya. It is three years later that the story begins, with the Sugita family still grieving his loss and Susumu coping through selfishness and violence.

Tezuka Osamu’s appearance at the end of the episode in a so-called Mini-Mini Talk segment is a sure highlight, as he enthusiastically reflects on what was learned during the episode before a catchy ending theme closes the show.

Wonder Beat Scramble is translated by Doctor Beat, and encoded, timed, typeset and edited by Anonymoose. Source raws are provided by AniDub. The video track is encoded in 10-bit h.264, and the audio track is 192kbps DD 2.0, straight from the source.

Download it here on NyaaTorrents.
[Update] – A v2 patch is now available here on MEGA. It improves the styling, fixes a few mistimed lines and renames some characters according to the official spellings.